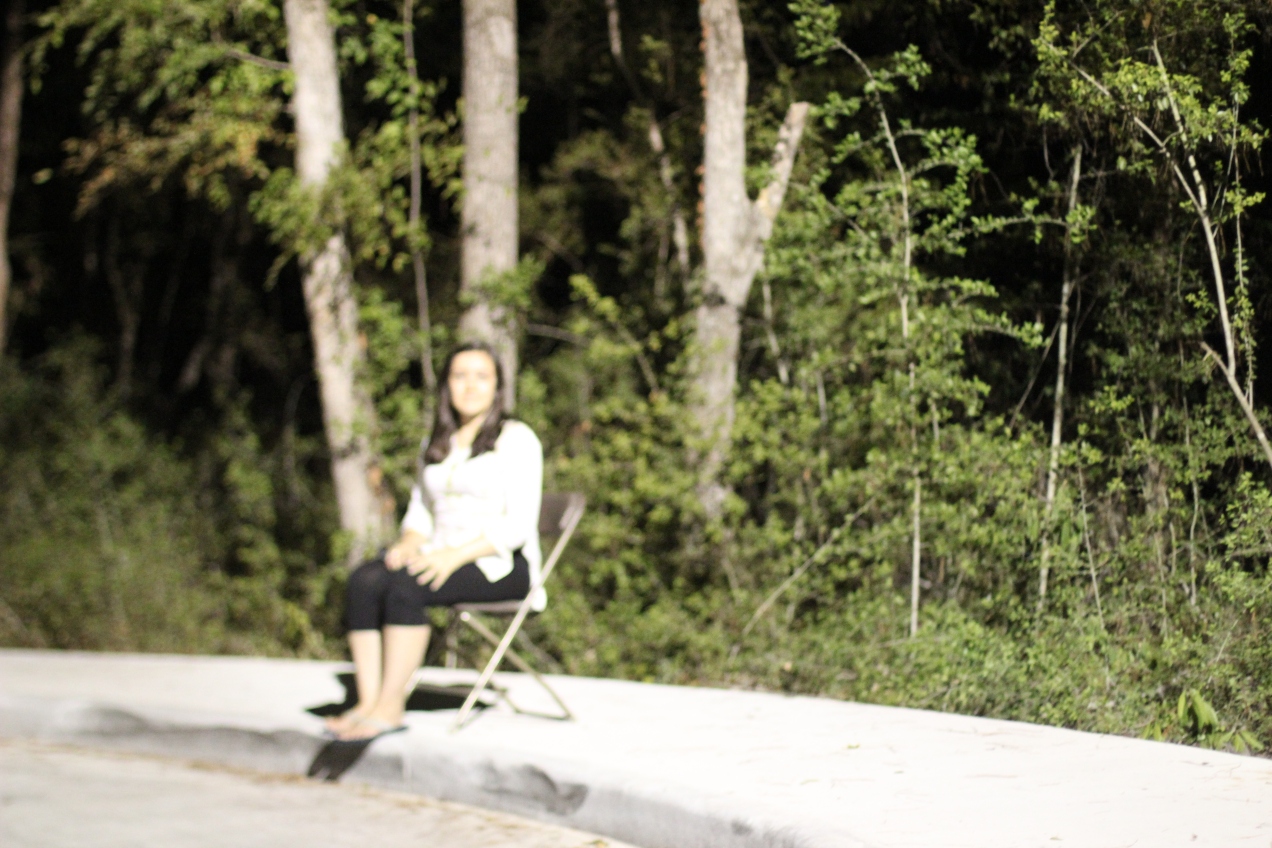 Slightly buzzed and ensconced in my mum’s parka, I hoisted myself onto the picnic table, my back straightening out against the cold wood. The living room light from inside our Airbnb was interfering, but I could already spot Venus.

After asking my parents to turn off the light, I could lie in (almost) silence and stare off. If it weren’t so cold, I could’ve fallen asleep there. When all you can see is the flickering light of stars either long gone or just born, nothing else matters.

My dad came out for a smoke and I was pulled from my reverie. I pet my dog, had a shower, and went to bed. But those 10 or 15 minutes can change the day. 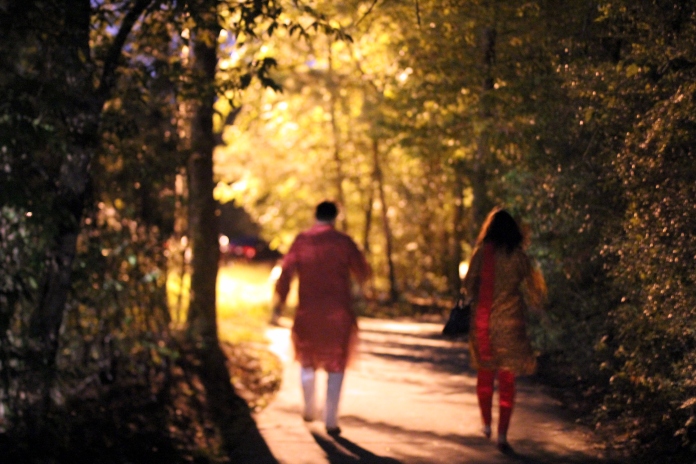 **I recommend listening to Alt-J while reading this. Pretty similar vibes**

I’m not sure when I discovered that star gazing is actually not just for people with telescopes, but it was definitely before I turned 13. This I know because my e-mail address (~~hopeless star gazer~~) was cringeworthy at best and unprofessional at worst. However, it must’ve come from somewhere.

You can’t see the stars in cities because there are too many lights on the streets, emanating from buildings, beaming out of passing cars. Also, you can’t really see the stars in places like New Delhi and Houston because of the air pollution. So the moments in my life where I have actually been able to star gaze are prominent in my mind.

The first one that comes to mind is Yellowstone national park. I went on a field trip in my senior year with  my environmental science teacher. She was the real deal, dude. She had take three weeks off school a few years before to go on an expedition to Alaska. Also, she was fierce. Albeit a little discriminatory and possibly narrow-minded, but it was Texas education. Whaddya gonna do?

Anyway, she had us all go on a pitch-black night walk to the famous Old Faithful geyser. If you’ve ever been to sulphur springs, you know there are wooden walkways on top of the sulphur fields. They aren’t too wide and they aren’t lit. We could’ve stepped off the walkway pretty easily but wasn’t that part of the fun?? Once we reached the geyser (sans individual flashlights and electronics) we either stood around, sat down or lay down on the benches. I decided to lie down and listen to the hissing of the geyser while staring at the night sky. Being a national park, there is no air or light pollution in Yellowstone. It was the clearest night sky I had ever seen. Actually, it was around this time of year that I had gone! Crisp, chilly autumn. But I remember that when the geyser did erupt, I was so startled because I had just been so entranced with the stars.

It’s just calming and humbling to see that something bigger than you and bigger than your world exists. Especially when you’re a self-involved seventeen-year-old with not much responsibility. There’s a whole universe and galaxy out there that will go on existing long after I don’t. Long after we don’t. Life goes on in whatever form it may, and that’s beautiful.

The next star moment I’ll never forget happened in Costa Rica. I can’t remember if I went into detail in my post, but basically our Airbnb was in secluded hills and had an infinity pool. At night we would just float in it and stare at the stars while talking about anything and everything. Just getting to know each other as old friends who went through college in separate states or new friends who just met. Afterwards, we would swing in the hammock and let our hair dry. This was my first warm star experience–and it was just as nice. Costa Rica actually has the clearest sky I have ever seen. For what seemed like hours, we kept discussing where the planets and constellations were. Our host even used an app from his iPad to show us! 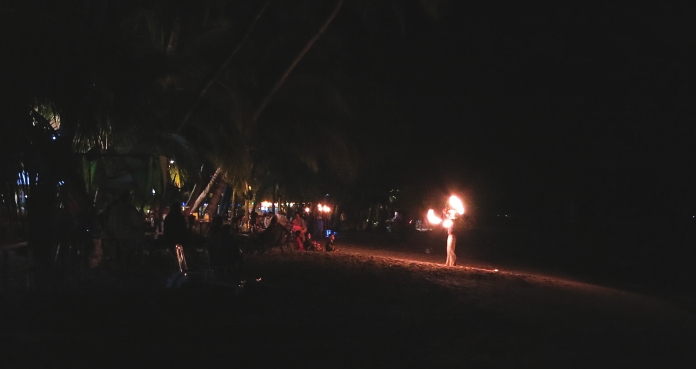 It was the first time in any of my travels that I legitimately never wanted to leave. Usually I feel homesick halfway through my travels, no matter how wonderful the place. It’s just not home. Costa Rica was different. It’s something to do with being partially submerged in water, something so earthly and grounded, while staring off at other planets. It’s just such a simple, pure (pura vida?) reminder of existentialism and awe inspiring nature.

I know that I sound like a major hippie but I straight up cannot describe how I feel when I star gaze. All I know is that it’s a good feeling and everyone should do it if they can. If you live in a place where you can see the stars from your backyard, pitch a tent and do some at-home camping. You’re living my dream.

Oh, before I go, I also kind of enjoy that it’s incredibly difficult to take pictures of the stars. Because that just makes me stay in the moment even more. It’s not an experience you can share or fully convey through an image. And that’s lovely! Even for a photographer like me!

Matt & I wanted to stargaze in West Texas but light always seemed to interfere and then there were clouds when we went to the Fort Davis Observatory. Bad luck, but star gazing in the desert isn’t anything new really. There are tons of long-exposure pictures out there. They all seem a bit fake though–as if they are more about showing the landscape rather than the stars. Which makes sene. Stars are everywhere, so tourist guides and travel websites want landscape shots.

But anyway, just wanted to give my two cents on stargazing. I wonder if there is a club in Houston that I can join. I know it’s super romantic and common for people to name stars after their loved ones and get a certificate for it but I’m not about that life. I would never be able to find my star and I wouldn’t really want to. It could be dead for all I know.

I’ll leave this post with one of my best friend’s favorite quotes. And just favorite  life ideas.

“The nitrogen in our DNA, the calcium in our teeth, the iron in our blood, the carbon in our apple pies were made in the interiors of collapsing stars. We are made of starstuff.” -Carl Sagan

P.S. Lil update on my life–I’m working as a full-time photographer/studio manager for a really awesome, warm company called The Motherhood Center in Houston! It’s a lot of autonomy and it’s great. Can’t wait to see what adult life in Houston is like. It’s been weird so far, but thoughts on that later.

One thought on “Stargazing”